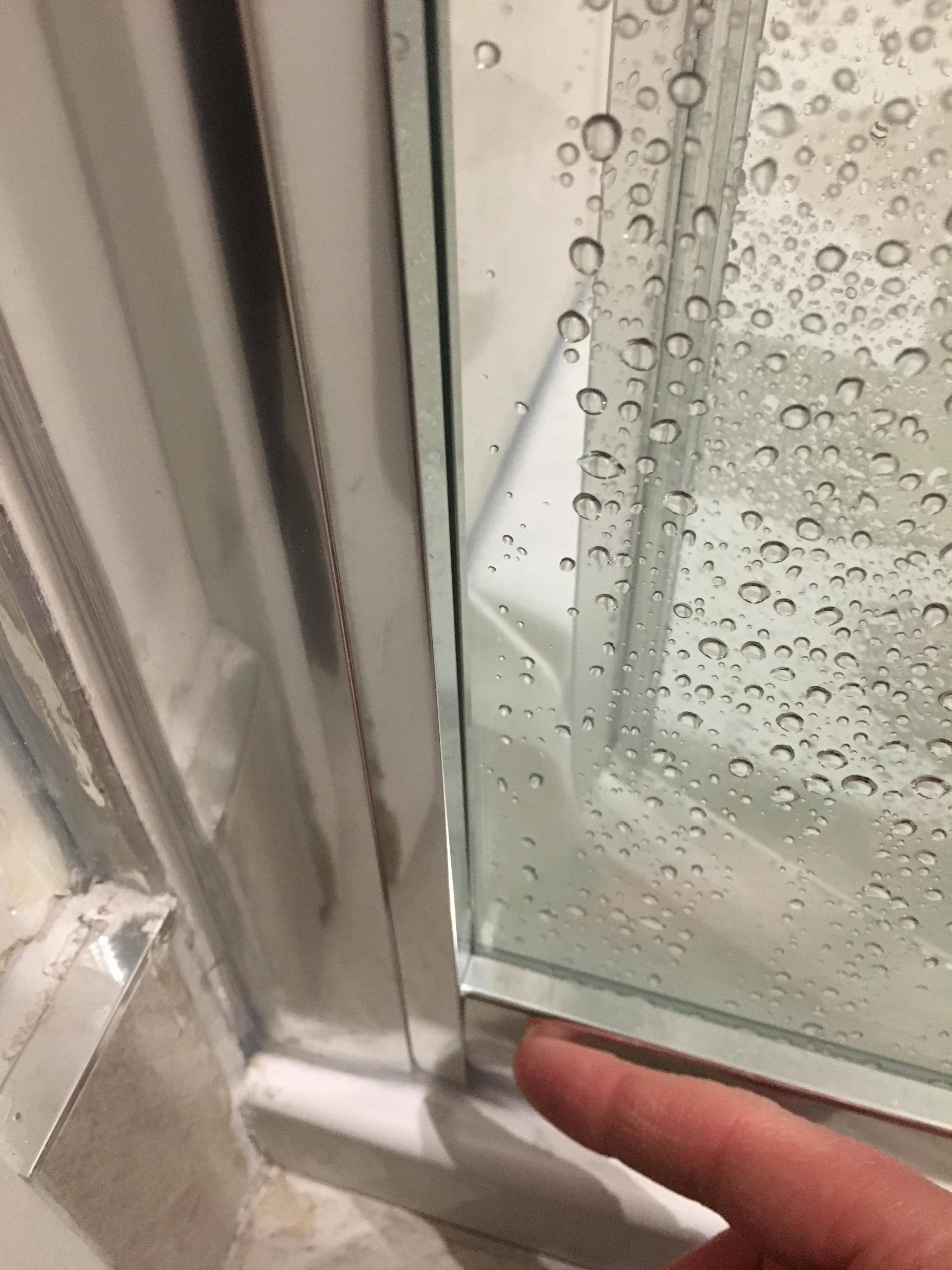 New shower in new house has been causing serious problems. Initially leaking out both sides and down through to downstairs along copper pipes into a cupboard containing gas heating equipment. Got that stopped after lots of sealing. Then water started to leak out both sides of shower at the joints where the wall frame and the base of the shower frame meet. Despite numerous sealing and removing door a new door has been fitted and again the same leak is appearing. Any ideas???? Driving me crazy and contractor doesn’t seem to know!

Are you looking for the answer?
Original Question and Possible Answers can be found on `http://diy.stackexchange.com`
Question Tags: shower