My successful electrical weekend project ended with a 3-way from hell! Help

Been updating the outlets and switches in my office building for last couple of days and I am having trouble with the last of 70 receptacles/switches… a-3 way switch that seems to be wired in a series or something and its driving my crazy. After doing 70 over the weekend I got cocky, careless and the switch blew up.

The 3-way switch had 1 black, 2nd black and red wire wrapped around the black common screw. Everything was working fine. I thought this was going to be an easy swap out. I thought wrong.

I took a photo for reference. I then removed all wires, the other 3-way connected lights stopped working as well as 3 bathroom lights and one set of ceiling lights that is connected to a single pole switch. Meanwhile the panel is not labeled correctly. Actually no lights are labeled but the outlets are for the most part.

Moving on… Three wires on one common screw didn’t seem right and since I wasn’t sure if I could backstab 1 black wire and place the 2nd black and red wire on the black common on new decora switch, i simply stacked all three wires (1st black, 2nd black, and the red) on the common – everything worked…. as I mentioned above, I removed the 3 wires on the common because this didn’t seem right or safe. I actually switched around the wires to see if another configuration would work, but they did not.

I also did some research by looking up the backside diagram of the new decora 3-way and saw that the decora switch could in-fact be backstabbed… so I backstabbed the 1st black, and put the 2nd black and red wire on the common screw….the lights noted above didn’t turn on. I have also reversed black wires to see if it solved the problem. It didn’t.

I was left scratching my head and decided to call it a day by screwing the switch in so nobody would walk into it…as I was screwing it in I believe the backstabbed wire released and I shorted the 2 light switches. Left side is the 3-way and right side is a 1-way.

I noticed both were scorched so I snipped the burnt ends and replaced both switches. But this didn’t turn them on . All wires in the 2-gang box are no longer signaling to my non-contact volt detector. Now I was digging a hole. Now what?

None of the circuit breakers popped. Since the original electrician had messy handwriting, when working on outlets /switches, I shut off the main when replacing switches. I have “reset” (flicked back and forth) each one but all seems fine. I put the volt tester 3 inches from each circuit and there’s one that needs contact to signal. This is a little odd since it has nothing to do with the 3-way receptacle that I blew out.

Not sure what the problem is so I’m looking for suggestions. The only thing I haven’t checked is to see if the twisted wires (inside the 2 nuts) also got scorched (I don’t think they did) but I really didn’t want to go there since everything is so tight within the 2-gang box.

Any help would be appreciated. 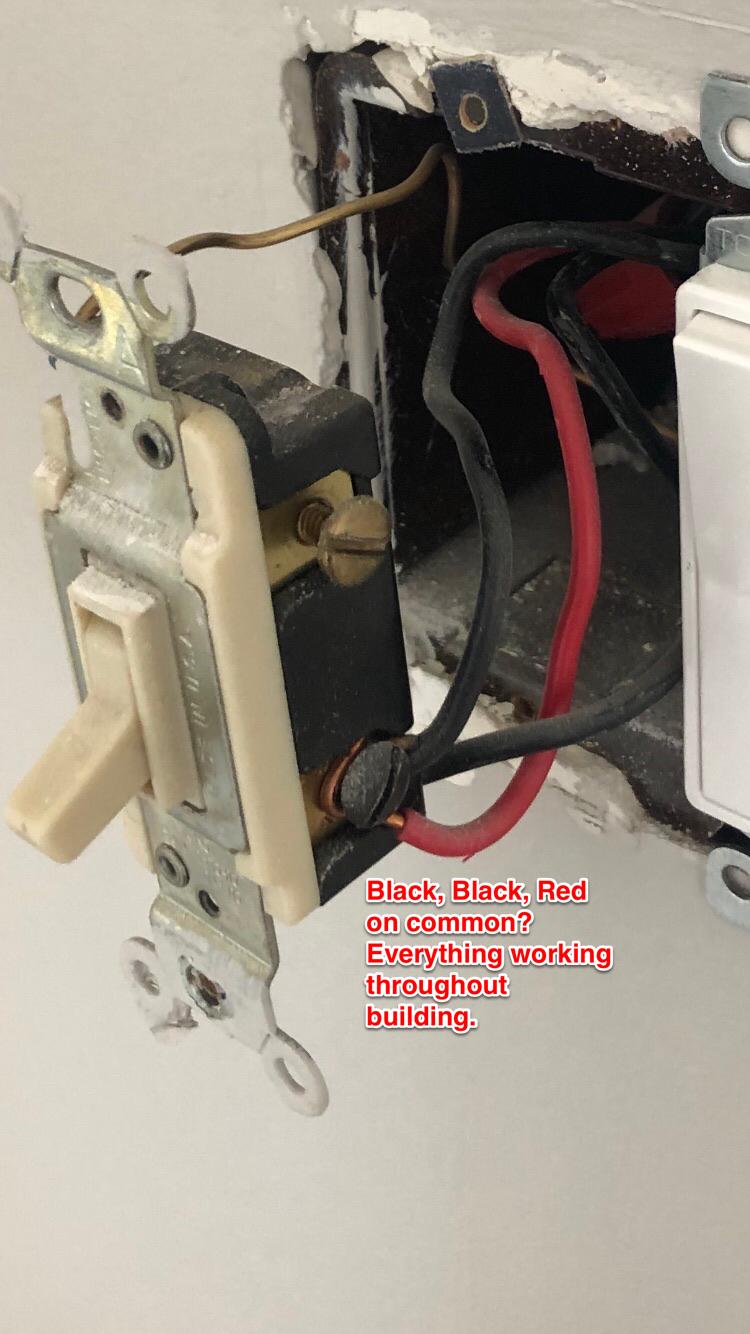 Are you looking for the answer?
Original Question and Possible Answers can be found on `http://diy.stackexchange.com`
Question Tags: multiway-switch, switch, wiring